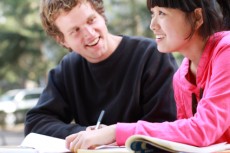 The BC project is a non-partisan, voluntarily run organisation that seeks to elevate the presence of the UK Chinese community in the British political arena. Founded by Christine Lee, the BC Project was launched at the House of Lords on 31st Oct 2006 under the sponsorship of Lady Anelay, and was officially manifested at the House of Commons […]