Check out Vice China’s 3 part feature on Canadian born, Hong Kong star and entrepreneur Edison Chen. Chen was one of Hong Kong’s biggest stars until he was rocked by a sex scandal in 2008, which led to his exile from the entertainment industry. Click here for Part 1 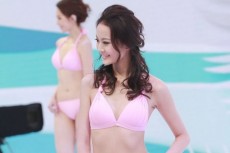 Jaychee Chan, son of martial arts film superstar Jackie, was arrested last Thursday and has been detained in Beijing on drug charges in amidst the Chinese government’s largest crackdown in years. Police say Chan, 32, had more than 100 grams (3.5 ounces) of marijuana in his home in Beijing and they also arrested Taiwanese actor […]

Screen shot from one of Michelle Phan’s videos YouTube celebrity Michelle Phan who has more than 6.7 million subscribers on the online video website, is being sued by Ultra Records for alleged copyright breaches. Ultra Records claim Phan, 27, has used around 50 of their artists’ songs without their permission in a number her YouTube […]

By John Hilliard Anyone watching this year’s Britain’s Got Talent TV show will not have failed to notice the emergence of a new dancing sensation. 17-year-old Kieran Lai, from Southend in Essex, has only been dancing for 5 years and has already won both British and World Championship titles. What is even more astonishing is that his […] 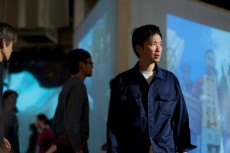 A comedy sketch starring Orion Lee has gone viral with over 5 million views on YouTube. Directed by  Lauris Beinerts  Born in Hong Kong, lived in Malaysia, moved to Australia and now living in London with shorter stints living in San Francisco, New York and Zurich, Orion Lee has had a wide range of cultural experiences. […]

Zhang Junhao from Shandong province, wows the judges on Amazing Chinese (CCTV China), a show similar to Britain’s Got Talent. The cute 3-year-old boy performs a series of dance routines choreographed to the songs being played on his mobile speaker which he brought on stage with him. Superstar actor Jet Li who was one of the […] 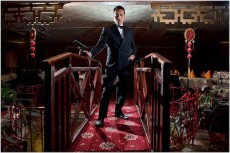 By Mathew Robson  Bridgend’s Dave Wong is something of a celebrity in this Welsh neck of the woods. Starting his Martial Arts training at the ripe young age of 28, he has a few unique life experiences to boast since those early, physically enduring days. It was poor health that forced Dave’s mind to the […]