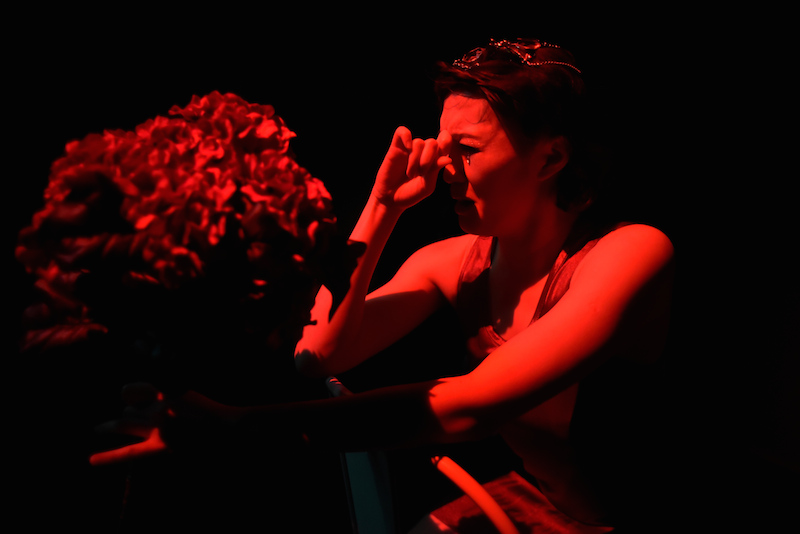 To be a spotless wife or a shameless mistress? Throughout history, when it comes to attaining the ideal of ‘love’, a woman often finds herself challenged by society’s moral compass.

Hong Kong’s beloved actress-writer-producer, Gabby So, makes her debut this year at the Edinburgh Fringe with her one-woman show Red Rose/White Rose. With its story and characters inspired by one of China’s most influential modern writers, Eileen Chang, the play will examine the complexities of female roles in the face of love, power and social status in a modernising China.

Set against the backdrop of 1940’s Shanghai, So plays Chang as she probes the greatest moral dilemma, with the complexities of an emotional life, through her heroines Red Rose and White Rose  – both fashioned in China’s most iconic dress the ‘qipao’. The audience will find themselves immersed in a contemporary portrayal of Chang’s dilemmatic life as wife and mistress and, as the plot develops, will recognise the familiar characters of Mrs. X and Miss Y from August Strindberg’s 1889 play, The Stronger.

To devise the performance, So revisited ten years of her diaries alongside Chang’s work, finding her past paralleled some of the writer’s own tragic heroines. This character-building process echoes throughout, with excerpts from So and Chang visible during the performance. The spectacle of these three characters – the wife, the mistress, the writer battling the two – and their unique perspectives culminates in one intense and emotional exploration of female empowerment and strength.

A former script developer for Will Smith and now Philip D’olier’s protégé, So’s true passion and calling lies in theatre, where she feels the richest introspective representations of human experience come to life. Her previous performances have earned her public acclaim in her homeland, with two sell-out shows – Breakfast at Tiffany’s and The Ritz-Diamond – both sponsored by the Hong Kong Arts Centre and the Hong Kong Arts Development Council. Her work has also been highly received by titles such as The Standard, Time Out and the South China Morning Post.

Of the theme and performance, Gabby So said: “My stance on who is ultimately stronger between the two women was ever-changing throughout the creative process. I came to realise that this is a constant battle women have to fight during different stages of their life. One thing that I am certain though – the stronger are always those who take control and decide their own fate.”