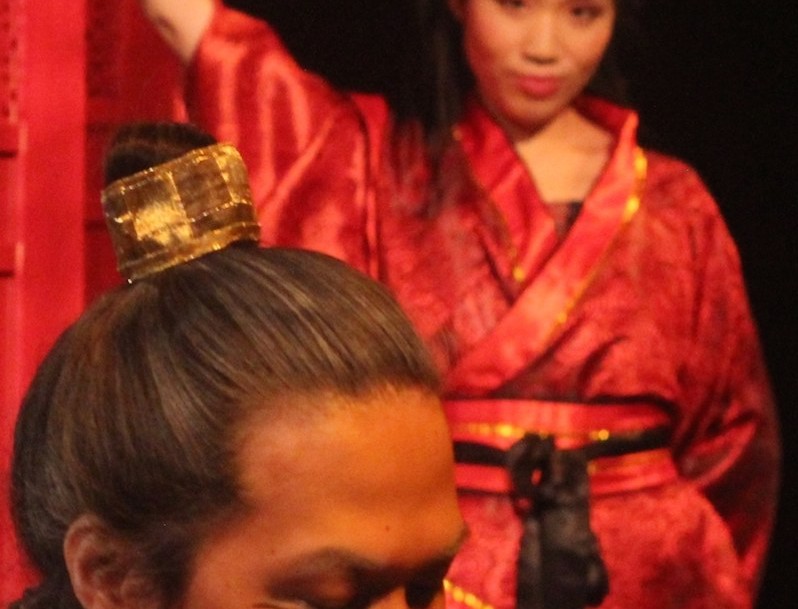 Returning with another exciting adaptation of a Chinese classic, ‘DiaoChan: The Rise of the Courtesan’, Red Dragonfly Productions will conclude their nationwide tour at the famous Arts Theatre in London’s West End in May after visiting a number of regional venues.

Taken from the ancient Chinese classic The Romance of the Three Kingdoms DiaoChan is an epic story of lust, jealousy and revenge, and is often referred to as the Chinese Macbeth.

The Empire is in turmoil and the tyrant DongZhuo, with the great warrior LuBu at his side, is systematically putting to the sword all those who oppose him. The minister WangYun fears for the lives of his family, but when both DongZhuo and LuBu show a lustful interest in DiaoChan –  a singing girl of WangYun’s household – she comes up with a plan that could solve both their problems – a plan that would see DongZhuo fall and her rise to the ranks of the nobility.

DiaoChan: The Rise of the Courtesan was adapted for the stage by Ross Ericson, who was behind the successful adaptation of Red Dragonfly’s ‘The Autumn of Han’, and whose five star solo play ‘The Unknown Soldier’ won much critical acclaim at this years Edinburgh Fringe. ‘Europeans can often find classical Chinese drama a little impenetrable,’ said Ericson, ‘so my job is to put the story into a structure and language that would be familiar to European audiences, whilst retaining the authenticity and spirit of the original text.’