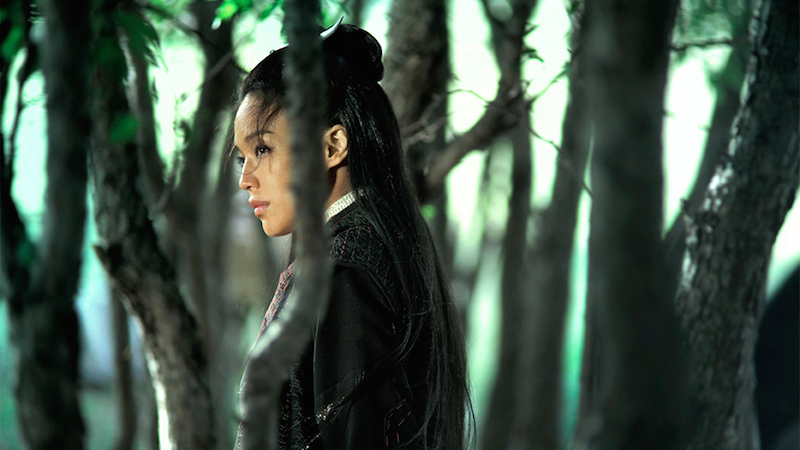 THE ASSASSIN has been lauded as the result of a renowned filmmaker at the peak of his powers. The first foray into the ‘Wuxia’ Martial Arts genre by the legendary Hou Hsiao-Hsien, the saga transports the viewer into a lavish spectacle of courtly intrigue, love, honour and power in Tang dynasty China.

The magnetic Shu Qi (Millennium Mambo, The Transporter) continues her regular collaboration with Hou to play Nie Yinniang, the eponymous ‘Assassin’ of the story, adapted from a traditional Chinese folk tale of a young girl raised as a killer.

Abducted by a sisterhood of nuns as a young girl, she is initiated into the warrior arts and transformed into an exceptional assassin charged with eliminating cruel and corrupt local governors. One day, having failed to complete a mission due to her empathy for the young child of the victim, her mistress the princess-nun Jiaxin, later revealed to be her maternal aunt, punishes her for the ‘weakness’ she perceives in her sentiment by sending Yinniang back to the land of her birth, Weibo. She has orders to kill the man to whom she was once promised – Tian Ji’an, a cousin who now leads the province, the largest military region in North China.

After 13 years of exile, Yinniang must now confront her parents, her memories and her long-repressed feelings. A slave to the orders of her mistress, Yinniang must negotiate the machinations of Lord Tian’s court – including the rivalry between his ruthless wife and more gentle concubine – and choose to either sacrifice the man she still loves or break forever with the sacred way of the righteous assassins.

THE ASSASSIN is his largest scale work to date and brings vividly to life the sumptuous colours, sights, costumes and landscapes of Ancient China. With its complex and compelling female heroine and central characters it has also been highly praised as a ‘feminist’ take on the Martial Arts genre.

The film was named ‘Best film of 2015’ in the annual poll of international critics conducted by Sight & Sound magazine and heralds a renewed return to form for this most celebrated filmmaker.

STUDIOCANAL announces the Home Entertainment release of the critically acclaimed & award-winning THE ASSASSIN, the latest masterpiece by Hou Hsiao-Hsien. Awarded the Best Director prize at Cannes Film Festival, followed by a BAFTA nomination for Best Film Not In The English Language, THE ASSASSIN arrives to DVD & Blu-ray May 23rd preceded by a Digital HD release May 16th.