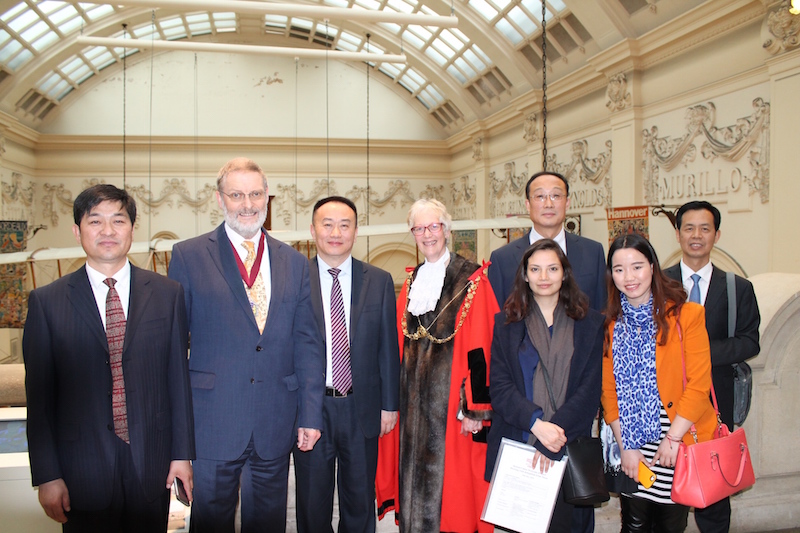 The party from Jinan, the capital of Shandong Province, arrived on Thursday for a whistle-stop tour of Bristol cultural and media including the Bristol & West of England China Bureau, Bristol Museum and the BBC newsroom in Whiteladies Road.

Jinan, nicknamed City of Springs, has dozens of artesian springs in the city and the delegation was keen to see how the Roman Baths are managed and marketed.

Bristol Lord Mayor Councillor Clare Campion-Smith met up with the delegation as they were given a short tour of Bristol Museum’s rare collection of Chinese glass with Senior Collections Officer Kate Newnham.

Tan Yanwei showed the Lord Mayor film of Jinan’s spectacular Springs Festival. The group met with John Hirst, Chief Executive of Destination Bristol and Kathryn Davis, Head of the city Tourism department and Martin Powell, Director of Bristol & West of England China Bureau along with Romane Jackson and Xueqiong Wu from the Bureau.

The delegation continued their UK visit by travelling on to York.