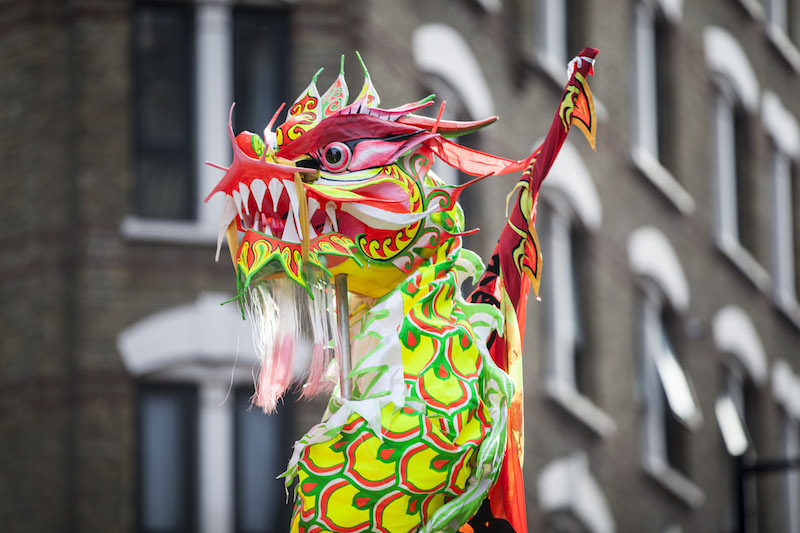 Photo of a dragon in Chinatown by Chrystal Ding

Photo of Merlene at work by Allan Hong

Over the years the Chinese community have been the target for the Home Office/Border control with raids for unregistered migrants. Lately there have been a number of incidents involving the heavy handedness of enforcement officers of the Westminster Council including a case of a restaurateur being banned from his own restaurant!

I will say that if elected, I will work with borough councils in particular that of Westminster Council regarding their supervision and enforcement of regulations affecting Chinese restaurants. There have been cases where some in the Chinese community have complained of persecution and the excessive use of powers, and this has lead to community relations being strained.

I believe that Chinatown is a real boost to London’s tourism industry yet it is currently under threat due to the high rentals and shortages of labour.

To top it off with little support from the local Council and (some would say) unfair targeting by the immigration and other authorities, many restaurateurs have been forced to close. Meanwhile more and more outlets are converting into betting shops due to the short term planning rules. This has an overall impact of changing the unique character and ambience of this important district.

Whilst the Mayor and City Hall has been relying on the business community in Chinatown to support the Chinese New Year celebrations in Trafalgar Square once a year, it is time that they wake up to the real issues facing our community. I will certainly do what I can to support Chinatown and the needs of those who rely on it for their livelihoods should I be elected to the London Assembly.