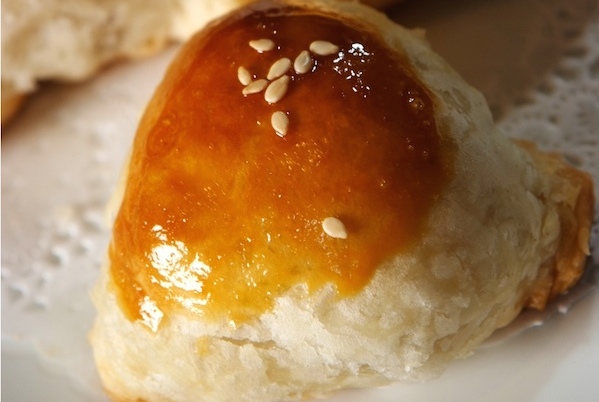 The Royal China Group consists of six of London’s most authentic and prestigious Chinese restaurants, including the luxurious and critically-acclaimed Royal China Club.

The restaurants are renowned for its Dim Sum served daily and includes dishes such as Steamed Seafood Dumplings with Spicy Sauce; and Pan-fried Fillet of Duck Breast Rolls.

In a large bowl, combine all the ingredients for the marinade. Add the pork, cover with plastic wrap and leave in the fridge to marinate for as long as possible, preferably overnight.

While pork is roasting, bring reserved marinade to a boil in a small saucepan. Once the marinade has boiled you can take it off of the heat. Baste pork halfway through cooking with two tablespoons of marinade. Cool the remaining marinade to room temperature.

When pork is cooked, remove from the oven and let rest for 15 minutes, then cut the pork into 1/2cm cubes. Toss the cubed pork in enough of the cooled marinade to coat. The pork mixture should be at room temperature before filling the pastry.

Cut each sheet of puff pastry into six 7.5cm squares, for a total of twelve Pastry Puffs. Brush the edges of each square with beaten egg and then place a heaped teaspoon of the pork filling in the centre. Fold the square in half to create a triangular pastry. Tuck the triangle ends under to round off the triangular shape.

Place on a roasting tray lined with parchment paper and brush egg wash over the top, sprinkle sesame seeds over the top of the pastries and cook in the oven for 18-20 minutes until the pastry is golden. Serve immediately.

There will be enough marinade for up to 700g pork. Buy pork tenderloin and cut off the 260g needed for this recipe. Marinate and roast both pieces and use the extra Char Sui to make delicious sandwiches, fried rice, or roast pork salad.