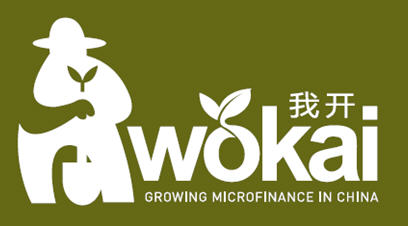 Ziwei Fan studies Mathematics at the University of Bristol. She became interested in microfinance and through research discovered Wokai, an American non-profit organisation that specialises in providing small loans to people who are in poverty to enable them to start a business. In 2010 she met and consulted with Mhairi Threlfall the entrepreneur in residence at the university and together they set up the Bristol Chapter of Wokai

On the 6th March 2012, Wokai Bristol held an event at the Radisson hotel attended by the Lord Mayor of Bristol to educate the British public on Microfinance and sustainable charity whilst raising funds to support impoverished entrepreneurs in rural China.

The event was supported by local businesses and organisations with talks from the microfinance panel, information about business in China, cultural entertainment followed by a networking dinner.

Ziwei Fan said ‘ We wish to thank everyone who came to support this event which not only assists people in poverty but also provides a bridge for the British public to understand China better by contributing to community projects, which is a worthwhile cause. It’s different to a normal charity where you don’t normally know what happens to your donation, but with this concept, you can really get up close as it goes directly to the person in need with updates on how the money has impacted on the beneficiary. Bristol is an enterprising city and this was shown by the interest and passion of the people who attended ‘

Co president Mhairi Threlfall said ‘ Wokai Bristol is only a year old and we feel that it’s already a success. `It’s been quite challenging but it’s nice to be involved in such a worthwhile cause particularly as it also increases the bond between the UK and China in terms of business, culture and charity ‘.

Wokai was born with the idea that everyone deserves a chance. An online platform was built that allows you to have a direct impact on the lives of people living in rural China, their families, and their communities.

From Wokai.org – Starting with the idea that everyone deserves a chance, we built an online platform that allows you to have a direct impact on the lives of people living in rural China, their families, and their communities.

Utilizing the principle of microfinance, we connect you with people in rural China who want to start small businesses, but just need a little help getting there.