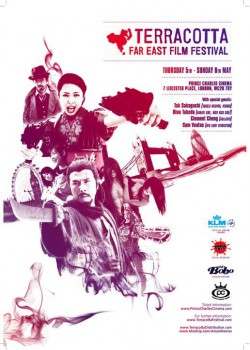 Art is a mirror to life & everyone needs cultural affirmation.
BC/EA people are not reflected adequately in mainstream TV, film, theatre or radio, so remain “culturally invisible”. This impacts negatively on the British public, who end up with stereotyped misunderstandings of this particular cultural group, eg. always speak with foreign accents or are illegal immigrants selling dodgy dvds!

BC/EA children & young people top every academic poll due to the importance of education in Confucian culture. However, they need positive BC/EA role models to value both sides of their cultural heritage, so they can better assimilate into British culture. Without BC/EA role models, they can sometimes feel culturally isolated, confused and undervalued. What a waste of human potential!

Bi-cultural heritage
Why are the Welsh proud of learning 2 languages and have their own Welsh language TV/radio stations? Because that positively promotes their bicultural heritage. Why does rugby star Thomas, tennis star Navratilova or actor McKellen coming out gay have a positive effect for LGBT young people? Because cultural affirmation helps people feel they belong to society.

Petition
In the age of Obama, it’s time for the UK to accelerate its professed commitment to internationalism and diversity. It’s time for positive change.

We, as internationally-minded, reasonable people – irrespective of race, colour or creed – call for the immediate implementation of inclusive casting/commissioning strategies to reflect the true diversity of the UK.

The first recorded Chinese in the UK, Shen Fu Tsong, was a celebrated guest at the court of James II in 1685. The BC/EA community grew during the 20th century & at 1% is now the UK’s 3rd largest minority. BC/EA’s work in almost every profession throughout the UK, yet still remain culturally invisible in the media.

Why does the BBC show Eastenders alongside a Classic drama? To affirm both working class and upper / middle class life and experiences. There are more than 100,000 BC/EA’s living in London; the first Chinatown was in Limehouse (East End); but there are no regular BC/EA characters or family on Eastenders. White, South Asian, Black, LGBT and disabled characters are represented – but no BC/EA. Why?

It’s time to take urgent action, implement strategies to ensure equal opportunities and enable all arts organisations to embrace the enterprising BC/EA community. Only then will we, as a nation, reflect the cultural aspirations and values of London 2012.

Please go to this link and sign the petition http://www.gopetition.com/petition/38249.html