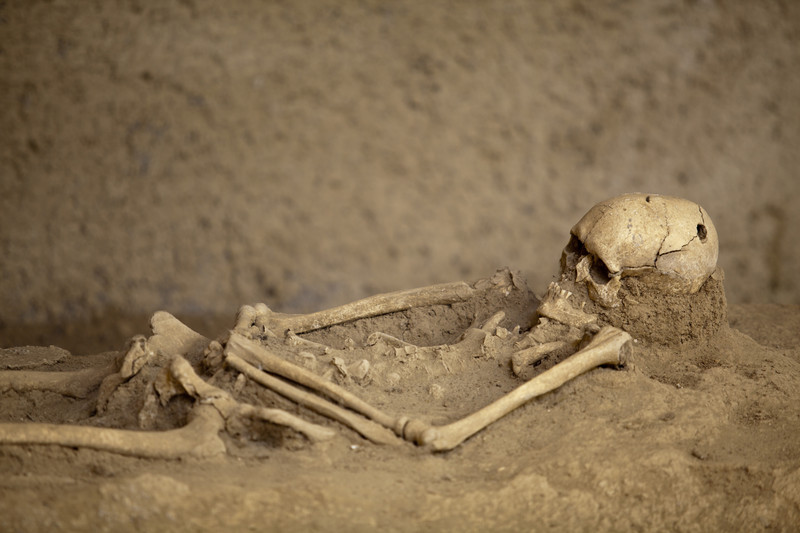 Immigration and travel from China to Britain has been extremely prominent ever since the start of the 20th Century and especially today, but the Chinese coming to the UK appears to stretch back even further than we ever imagined (see first Chinese in Britain).

Archaeologists have recently unearthed 22 skeletons from a Roman cemetery in Southwark, London and discovered that two of them appear to be from China. They apparently date back to between the 2nd and 4th Century AD. While it is not certain exactly where in Asia they came from, scientists have deduced that they most likely were Chinese and would have been alive during the Han Dynasty.

Dr Rebecca Redfern, curator of human osteology at the Museum of London, is still unsure as to how these two skeletons ended up here but it provides vital evidence to suggest that links between the Roman Empire and Imperial China were stronger than previously believed. Although Chinese objects such as clothes have been found throughout areas of the Roman Empire and Roman objects like coins and medallions in China, this is the first known instance of Chinese people having potentially been here. It is however, not the first and only time a person of Asian ancestry has been found that dated back to the Roman Empire – an adult man who was probably also Chinese was discovered in Vagnari in Italy in 2002.

It is believed direct contact between the two empires was extremely minimal and mainly handled via the Parthian and Kushan Empires and that while both parties valued each other’s goods with high esteem, they were still wary of each other. Trade between the Ancient Rome and China at the time included luxury cloth, silk from the famous Silk Road, Asian spices, rugs, silver and bronze items, Roman glassware and even slaves.

Redfern says that it is possible these two were slaves or descendants of servants or slaves from Asia, as is the possibility that the teenage girl from Africa whose skeleton was found along with them could have been too.

Although we at Nee Hao are not historical experts, other theories of who these two men or women were and how they reached the Roman Empire that we have thought of include ambitious travellers who were keen to explore this strange and very different new world, two of the Emperor’s guards who were sent along with precious artifacts given to the Romans or just simple merchants who went above and beyond their usual methods of trading to sell directly to the Romans. And because analysis of the skeletons shows they had at least some Asian ancestry, could it even be that they were of mixed race and mean the links between the two worlds are even greater and more intricate?

Either way, this phenomenal new find could rewrite historical records to show that Michael Fuzhong Shen, who was originally the first recorded Chinese person to live in Britain, might no longer hold that title. Shen, who was a highly educated scholar and converted to Christianity, came to Britain in the late 1600s during the Ming and Qing dynasties – more than 1200 years after these two discoveries.

Rebecca Redfern’s full study on these 22 new skeletons will be available in the October issue of the Journal of Archaeological Science.