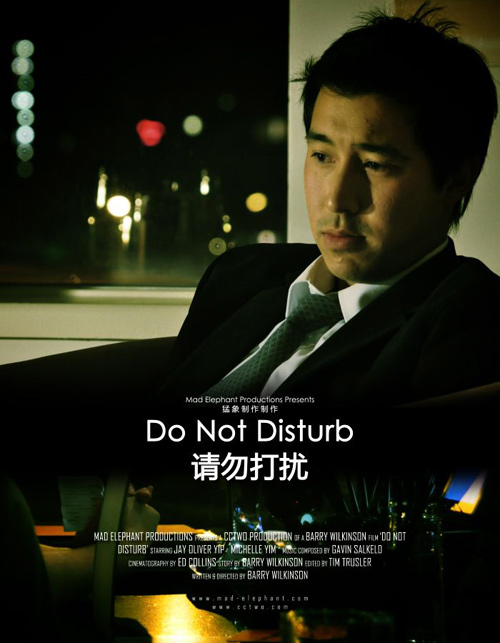 Barry Wilkinson’s short film ‘Do Not Disturb’ explores what it’s like to be a foreign visitor in the UK.
A young Chinese business couple (played by Jay Oliver Yip and Michelle Yim) are on a job in the UK. As they desperately try to sell their company’s product in a series of tedious presentations, the isolation in a foreign country causes feelings they have for each other to be amplified. Eventually the man has to decide if his feelings are true and if so should he act on them, or are they a result of his frustration in this country on the other side of the world?

This film interestingly captures the emotions and awkward tensions when a Chinese couple embark on a business trip to the UK. It provides a realistic insight to both business and personal issues that can crop up with such an arrangement. At first glance it may seem that ‘Do Not Disturb’ is a foreign film made up with a Chinese crew, but it is surprisingly British made with a universal theme.

Director Barry Wilkinson says ” As the film was spoken in Mandarin Chinese, neither myself or Tim (the editor) understood a word. This was always going to be a challenge on set. However, once I showed the rough cut to a Mandarin speaker, it turned out we had managed to cut something together that seemed natural and made perfect sense “.