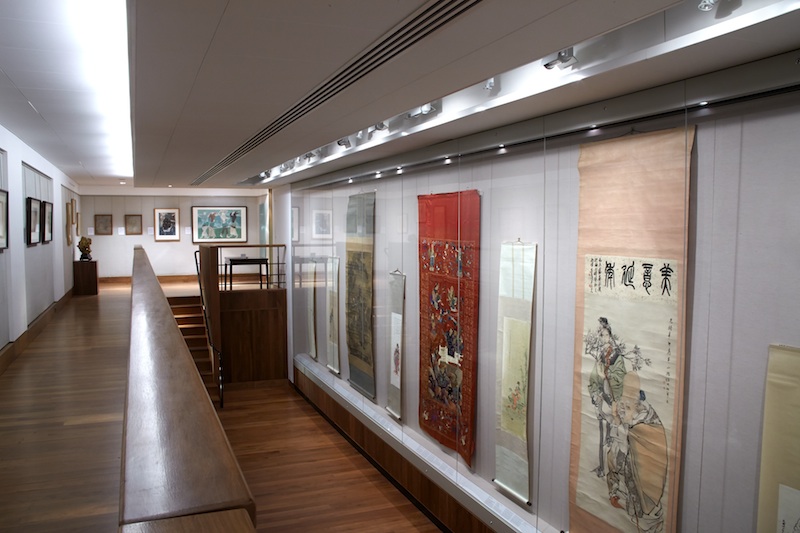 This study day explores the impact of Buddhist paintings from the Dunhuang caves and of Daoist mythology on Modern Chinese artists. Expert presentations followed by object viewing will allow a deeper understanding of the art historical context of works shown in the current Ashmolean exhibition ‘Pure Land: Images of Immortals In Chinese Art’ .

In the 1940s, during the Sino-Japanese war, many artists who were forced out of their hometowns and migrated to the west part of the country, where they discovered new sources of inspiration such as the grotto art treasures at Dunhuang and fascinating life stories of the ethnic minorities. This talk discusses how Chinese artists responded to the social and political changes, including the painters Zhang Daqian and Pang Xunqin whose works are currently on display. An introduction to the history of collecting Chinese paintings, with a focus on the Khoan and Michael Sullivan Bequest in the Ashmolean Museum will also be given.

Dunhuang was one of the most important Buddhist sites in west China from the 7th to 10th century. This talk introduces several surviving silk paintings on the theme of Pure Land from Dunhuang in the Stein Collection, and reviews the significant impact of Dunhuang’s “rediscovery” in the early 20th century on modern Chinese art.

The presentation will consider the technology of the 45,000 square metres of wall painting and the over 2,000 sculptures of Dunhuang. They share both a technology and susceptibility. Their long physical history provides clues to their current, varied condition. Colossal efforts for their preservation are being made by the Dunhuang Academy and various international experts. In the face of dramatically escalating tourism and accelerating climate change, it is a race against time.

This talk will introduce some of the main figures found in Chinese mythology and popular Daoist iconography, and will touch on several different areas: the symbolism surrounding Chinese immortals and other mythological figures, their role in Chinese art, and Daoism’s relationship to the teachings of Confucianism and Buddhism. Some of the figures to be examined will include: the Eight Immortals, The Queen Mother of the West and Zhong Kui, all of whom appear in artworks currently showing in the exhibition “Pure Land: Images of Immortals in Chinese Art”.

Tickets can be bought on the day. Online www.oxfordplayhouse.com/ticketsoxford