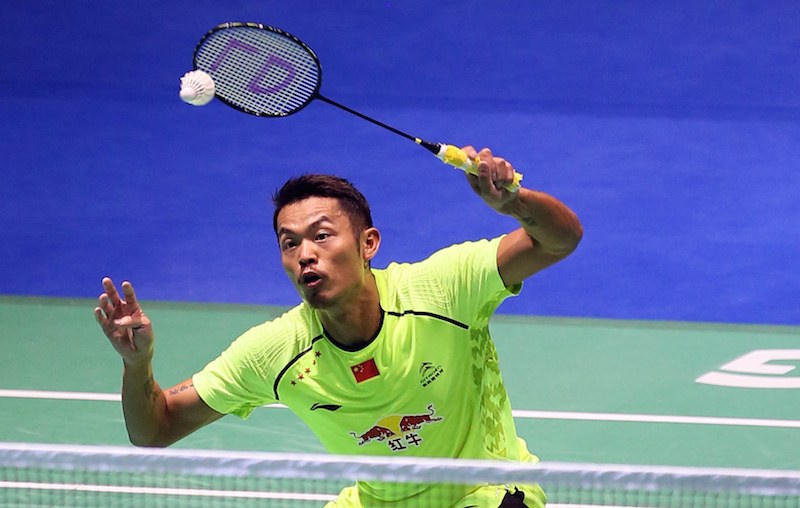 The best badminton players in the world will be heading to Scotland this August to compete in the 2017 TOTAL BWF World Championships. Among players hoping to compete for Men’s Singles titles are China’s Chen Long and Lin Dan, and Malaysia’s Lee Chong Wei.

Chen Long is currently ranked fifth in the BWF World Rankings; however it has been a quiet year for the reigning World Champ who has only played in three tournaments since he won Gold at the Rio Olympics in 2016. Chen has played badminton since he was eight years old, becoming World Junior Champion in 2007. Now 28 years old, he is expected to put up a good fight in order to win the Men’s Singles Champion title once again – making it a consecutive hat-trick.

Speaking to the 2017 Badminton World Championships, Chen Long said, “Everyone would like to continually win and do their best. I will go all out.”

Joining Chen will be badminton legend and fellow Chinaman Lin Dan. Two-time Olympic champion and five-time World Champion, Lin Dan is the only badminton player ever to have completed the “Super Grand Slam” – winning all nine of the major titles in badminton… and all by the age of 28. Lin Dan, or ‘Super Dan’ as he is affectionately known, began playing at just five years old and by the age of 18 he was competing for the Chinese National Team. He was last in Scotland for the Sudirman Cup in 2007 where he played for the Chinese team and helped them win Gold for the sixth time. Speaking of Scotland he said, “In my memory, Scotland is a beautiful country. After many years of not visiting there, I hope I’ll do well.” Lin Dan last won the World Championships in 2013.

Compared to Lin Dan and Chen Long, Malaysian Lee Chong Wei was relatively late with his interest in badminton, beginning to play at 11 years old. The three times Silver Olympic Medallist and four times Commonwealth Gold Medallist is number one in the BWF’s World Rankings. Lee recently won the Super Series Premier event, The Yonex All England Championships, for a fourth time. He has never won Gold at the World Championships, but with retirement rumours surrounding him, this may be his last chance.