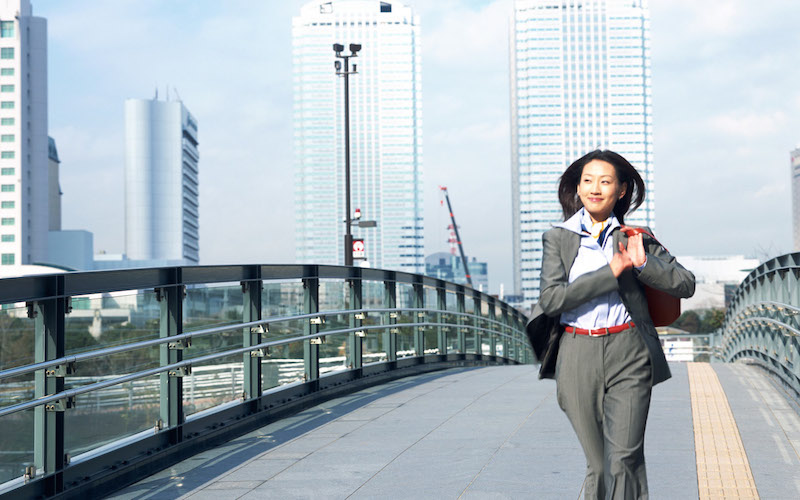 A quarter (23%) of professional women in the UK with ‘non-white’ sounding names have changed their name to sound more ‘traditionally-British’ in order to get a job, according to a study by Nottx.com, the UK’s only ‘name-blind’ headhunting platform.

It is the first survey of its kind in the UK of professionals who believe they have been discriminated against in the past while job-hunting due to their name (89%) – either on the grounds of gender or ethnicity. It found the incidence of name-changing among professional men was lower than women at one-tenth (9%). However, while 56% of men felt they had been discriminated against due to their ethnicity, nearly four-fifths (78%) of women felt both their gender and ethnicity were barriers to employment.

These findings come after the Cabinet Office announced earlier this year it will initiate ‘name-blind’ recruitment processes for the NHS and Civil Service by 2020. The Prime Minister also made a pledge to end recruitment bias at last year’s Conservative Party conference, in which he referred to a young black woman who had to change her name to ‘Elizabeth’ in order to get a job. However, Nottx.com highlights she is not an isolated case, and estimates approximately 50,300 minorities may have changed their name in the IT and finance sectors alone, 28,300 of them female.

Only 0.3% of the anonymous respondents said they would be willing to speak out publicly on the issue of ‘name-changing’ (please see Kayo Anosike’s story below). Among those who declined to comment, the most common reason provided (62%) was a fear that it would affect their future job prospects. Nearly all respondents (97%) who did change their name when applying for jobs reported a higher level of call-backs from potential employers relative to their efforts under their legal-name.

‘There is an insidious culture of unconscious bias in the corporate world against professionals who are either female, an ethnic minority or both. We believe the problem is most acute in the finance and IT sectors, but it may be more widespread than we originally thought.

‘Employers need to stop paying lip service to the idea of name-blind recruitment and realise unconscious bias is an all-pervasive force in the recruitment sector. Only by recognising it, embracing ethical hiring and removing all reference to names in the recruitment process will we reach a point where no-one will ever have to change their name in order to get a job again.’

When asked what words remind them of job-hunting, 85% of responses were negative, with ‘stress’ the most common response. Just over a fifth of responses cited ‘bias’ or a derivation.

Kayo Anosike, 39, from London, had worked in the music industry as a Course Director in Further Education for years when she decided to retrain and enter the corporate world. She completed a Masters in Business Psychology at the University of Westminster, specialising in unconscious bias in the workplace. She then sent her CV to a wide range of potential employers. However, despite having the right experience for each of the jobs advertised, Kayo didn’t receive any calls to interview. Remembering her academic studies, she decided to try an experiment: she changed her name to Kayla Benjamin – and immediately received multiple calls to interview. After securing a job, she explained away her real name as her ‘African name’ and has retained her ‘professional name’ ever since.

Although she has since changed roles and is now happily employed in the IT sector as a Training Consultant, she highlights that ‘unconscious name-bias’ is all-pervasive in the corporate world.

She said: ‘All it took was for a potential employer to meet me and see I was the right person for the job. But my name was an enormous sticking point in getting to that first stage. Once I mentioned this to acquaintances with “non-traditionally British” names in the corporate sector, I realised how common the practice of name-changing is. I can see why women in particular don’t want to talk openly about this because they are battling the joint prejudices of gender and ethnicity, fear being labelled a “problem employee” and also don’t want to upset employees.

‘As a society, we need to realise how common unconscious bias is before we can start to tackle it. Only through raising awareness and acknowledging how we unwittingly but constantly “filter” will we be able to address this choke-hold affecting the recruitment of talent. It is high time that we started addressing this “blind spot”, which is causing the need for such extreme practices in order to gain employment in modern society.’